Get fresh music recommendations delivered to your inbox every Friday.

by everything, all at once, forever 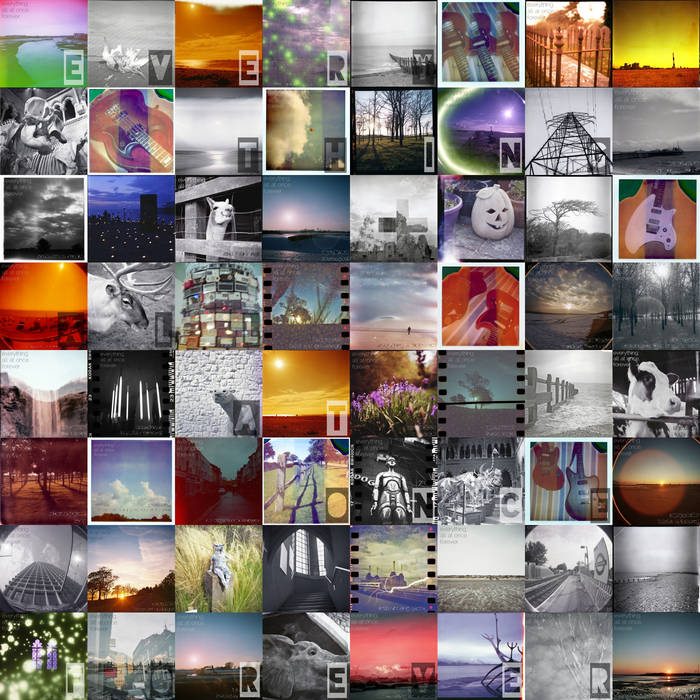 Man Of Arun Shorter than Hamlet but longer than King Lear, this release is very much in Richard III territory.

This is (pretty much, more or less) everything I have ever recorded/released under this name, remixed/reworked (again), along with all the other things I never released (until now).

I've left the old versions available, but to be honest I think the best versions are now here. Plus you get a load of new stuff, too.

Something I read made me think that nearly everything I had ever released was just a bit too long, and took too much time to get anywhere.

Plus I had learnt some new things, had some new software, and so on and so forth. And when you listen back to old stuff you always spot things you would like to change.

So in a weird mood I decided to re-do everything and make it all shorter. sometimes only a couple of minutes, sometimes a lot more.

However, in making everything shorter it made the previously releases a bit ... lacking, so I started going through all my old files (in some cases, very, very old) and unfinished tracks and recordings, now free from the idea that everything had to be some epic construction, and in fact could just be (for example) one minute long. Or just 47 seconds in one case.

Also it occurred to me that very few people listen to a set of tracks in order anymore. Most people pick and choose and create playlists, or dip in and out at random.

With that in mind why not just a big pile of tracks. I don't expect people to sit and listen to it one go (although they might leave it going in the background while doing something else).

So, in deciding to make the tracks shorter, I somehow managed to make the actual final product a lot longer. Yay me!

So here we are. Roughly three and a half hours or so of ... audio. Over half is new (well, unreleased) and the rest is new versions, sometimes only subtly different, sometimes not.

So if you have previously downloaded any of my albums, yes, you are getting them again, sort of, but not. Sorry about that.

But there is a lot of stuff you haven't got, too.

I think that's about it.For now.

everything, all at once, forever UK